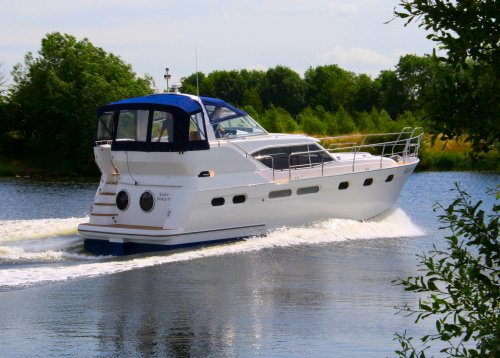 Matching restrained and timeless styling with a hull form suited for single or twin installations the Westwood A390 is equally at home on inland or coastal waters at speeds of up to 25knots. The aft cabin A390 was introduced in 2010 and the aft cockpit C390, which shares the same hull, in 2012. In 2013 Westwood ownership and production moved to Northern Ireland and 2014 will see the launch of an updated version of the A390, the A405. The new model will feature an extended bathing platform, bonded glass windows, and a stylish new interior.

Earlier models in the Westwood range, the ST290, A350, and C340 are also Wolstenholme designs based on tooling developed and previously used by Brooms.